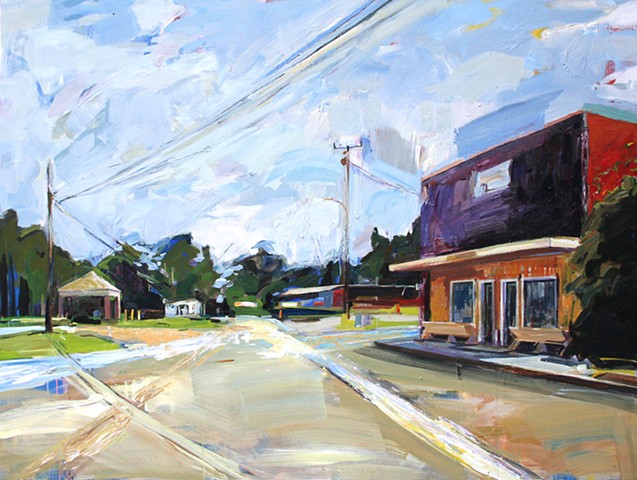 In 2011, Mrs. Velma Benson-Wilson returned to her hometown of Marks, Mississippi to research a biography she was writing about her mother entitled "What’s in the Water: Fannie, A Legacy of Love". She quickly reconnected to Quitman County by donating proceeds of the book to community organizations in need. Mrs. Wilson’s community involvement and her success in the bringing an Amtrak stop to Marks after a twenty-year community effort led her to be appointed as the current Quitman County Administrator. She splits her time between the Mississippi Delta and Tennessee where she and her husband have lived for years.

Mrs. Benson-Wilson has focused upon asset-based community development in Quitman County, highlighting the crucial role that Marks played in the 1968 Poor People’s Campaign, which led to federally-funded free and reduced lunch programs.

According to a Mississippi Freedom Trail Marker:

“In March 1968 Martin Luther King Jr. visited Marks to get support for a Poor People’s Campaign. He envisioned masses converging on Washington in a plea for new anti-poverty projects. King wanted the march to begin in Mississippi, with mules and wagon trains. After King’s death on April 4 the SCLC (Student Christian Leadership Conference) organized the Marks Mule Train, which left May 13 in inclement weather. Though finally forced to travel via other transportation, Mississippians joined others in the National Mall encampment called Resurrection City.”

Shown here is the site of the future Marks Interpretative Center and Amtrak Waiting Room. Mrs. Wilson envisioned a community space that educates visitors on the valuable histories within the Marks community, as well as the role that Marks has played in the civil rights movement.