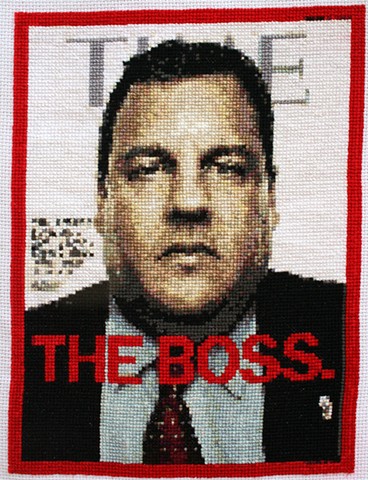 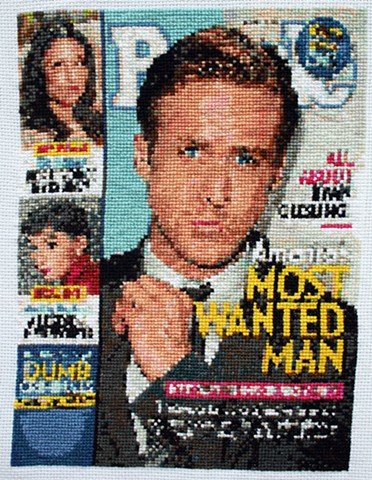 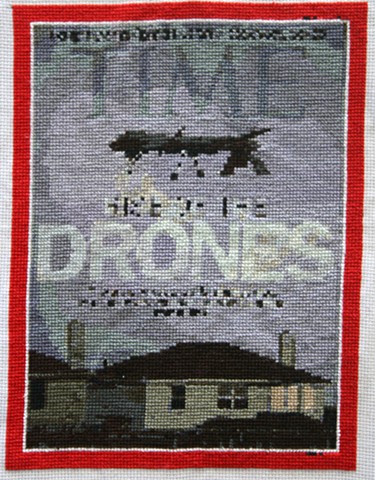 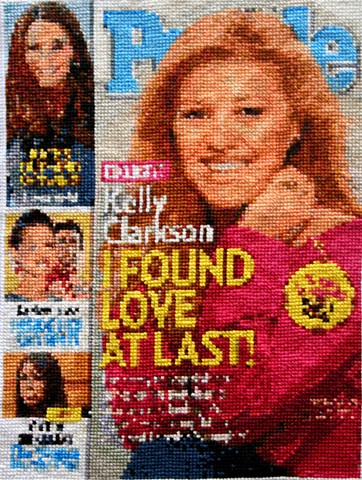 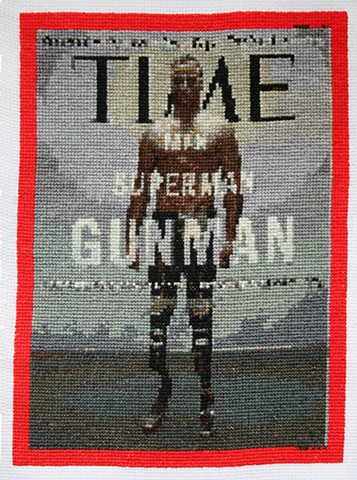 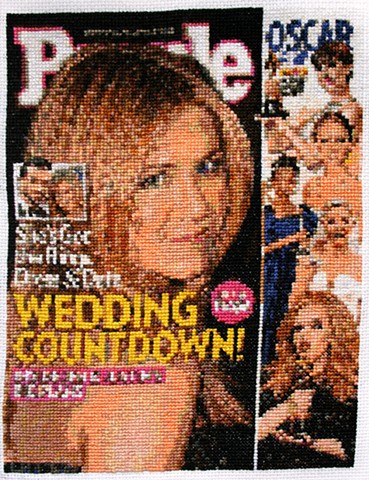 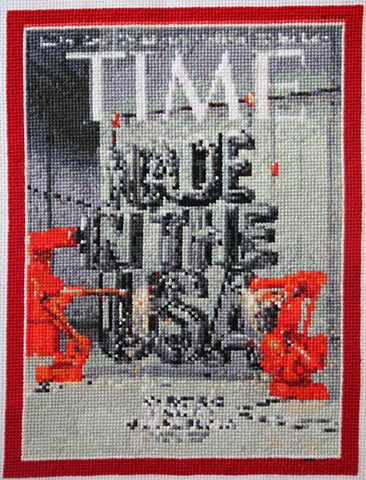 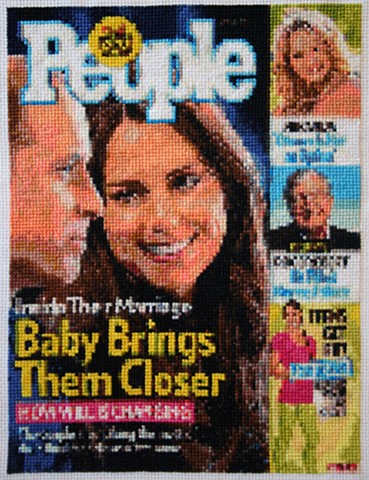 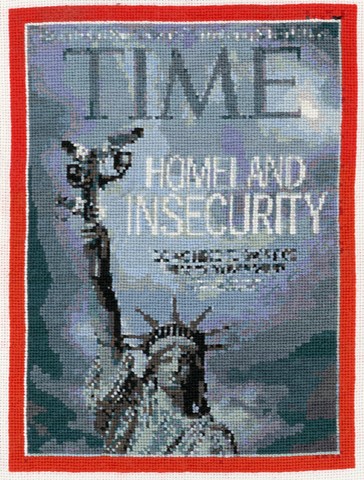 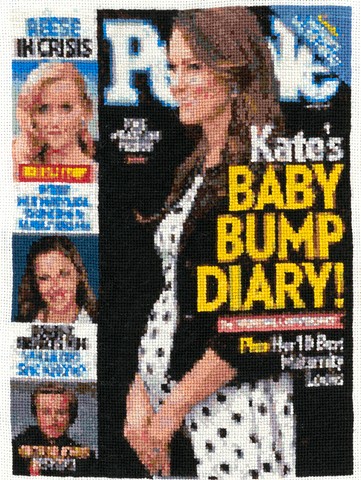 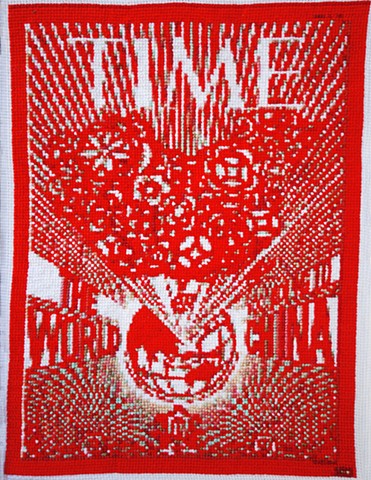 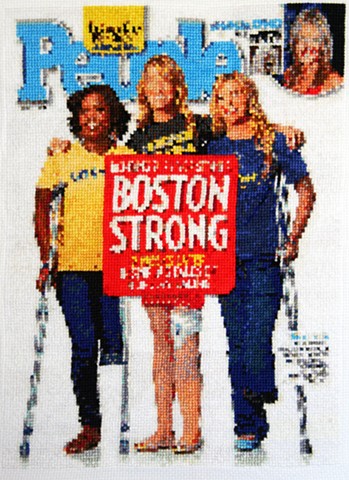 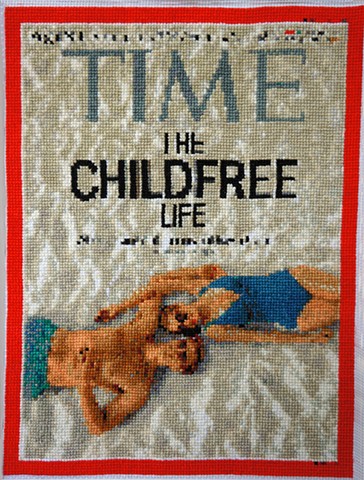 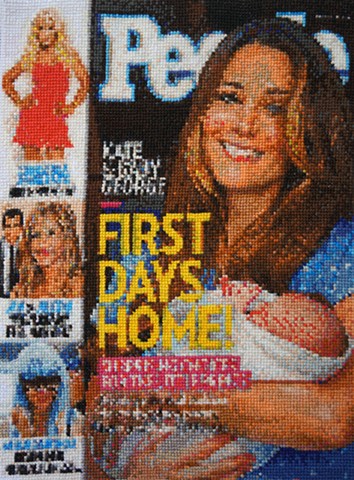 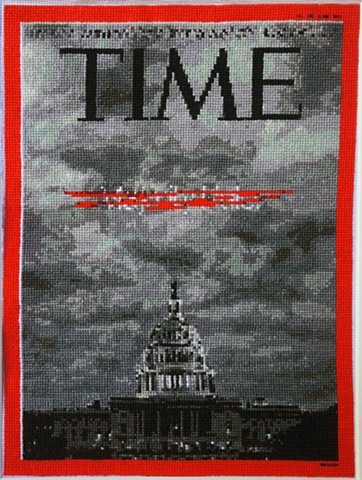 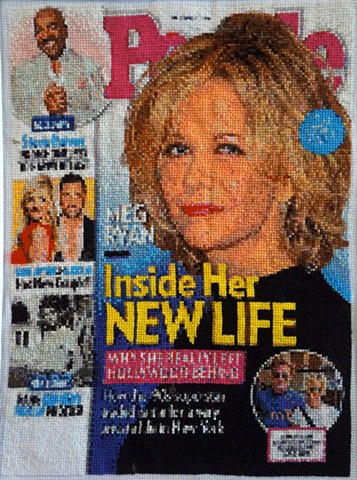 In 2013, I began 168 Hours, a long-term embroidered archive of 24 life-size replicas of two of the most popular weekly magazines in the United States, Time and People. This project uses a slow, simple process of recreating a popular cultural image with thousands of tiny cross-stitches. By replacing the pixel with a stitch, I explore the relationship between careful preservation and rapid cycles of information. The selections are not chosen according to content; instead they are topical, cycled every month. Issues released on the same day are exhibited alongside one another to create a broader documentation of our culture and invites viewers to formulate their own perceptions.

In the eighteenth and nineteenth century, cross-stitch samplers not only taught young American girls basic sewing, but also the alphabet, numbers, and morality through Bible verses and cultural scenes. They literally learned their cultural habits through stitching. In 168 Hours, the stitch replaces the pixel, creating a experience of “learning” our contemporary US culture. The title 168 Hours refers to the hour each magazine spends on the newsstand, which coincidentally estimates the time I spend stitching each cover. These 168 hours are simultaneously short and long.